A panoramic view of the Sydney skyline as viewed across Sydney Harbour from Kirribilli. Taken by myself with a Canon 5D and 100mm f/2.8 lens. This is an exposure blended image. David Iliff.
Posted by Lesley at 15:27 No comments:

I am not sure that this was an image that William Wentworth was visualising when he wrote these lines in 1822 but the photographic image does show the many Sydney coves. A cove is a small type of bay or coastal inlet, usually with a narrow entrance that protects it's waters from the currents of the bay. The word cove comes from the Old English word cofa, which means shelter. Australian's are familiar with the word cove as we all learnt at school that in 1788 Captain Phillip discovered and named Sydney Cove, a small inlet in the harbour, which he found suitable for a settlement.

Wentworth wrote the poem Australasia while he was studying, at Cambridge University, in England as an entry into a poetry competition in which he was awarded second prize.

William Charles Wentworth (1790-1872) was an explorer, poet, journalist, barrister, landowner, and politician. He set up the first non-government newspaper, The Australian, to champion the rights of Australians and his many causes such as representative government, the abolition of transportation of convicts, freedom of the press and trial by jury. The paper had a liberal editorial leaning and pitted it's writings against "the exclusives" in Sydney and sought equal rights and status for ex-convicts.

World Wind is a virtual globe developed by NASA for use on personal computers running Microsoft Windows. It allows you to zoom from outer space into any place on Earth with the use of satellite imagery and elevation data so you can see in 3D as if you were there.

Get a more detailed biography of William Charles Wentworth.
Posted by Lesley at 15:42 No comments:

Stencils, paste-ups, murals, graffiti and even tagging - I must admit I do enjoy them all. They are plentiful all over Sydney but some of the largest and most artistic can be found in the Newtown area including Camperdown, Enmore, Erskineville and St Peters where there has been street art since the 1980's.
I love to see the streets used as a canvas for something other than advertising. Streets as a gallery brings the work directly to the viewer. No more posh wine gallery opening nights needed when you can walk past the art every day.

Urban art at it's best: catch it now before it's gone. 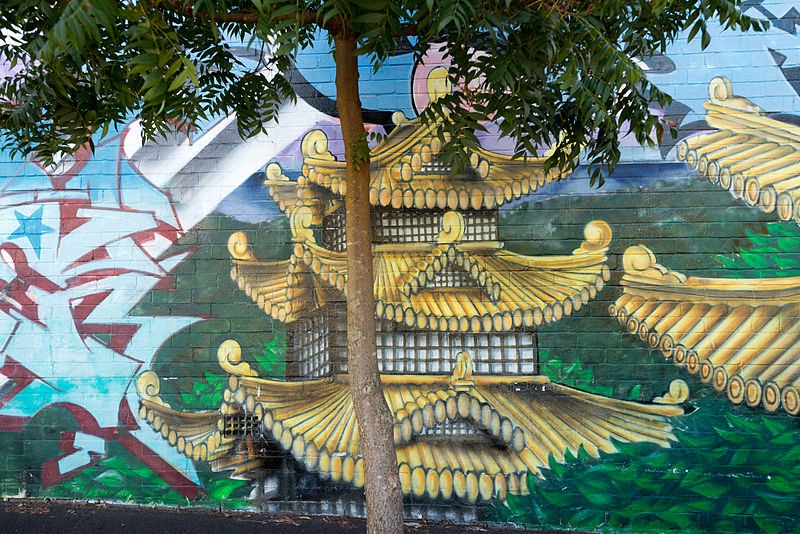 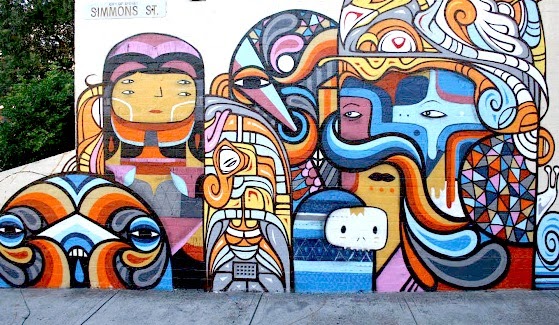 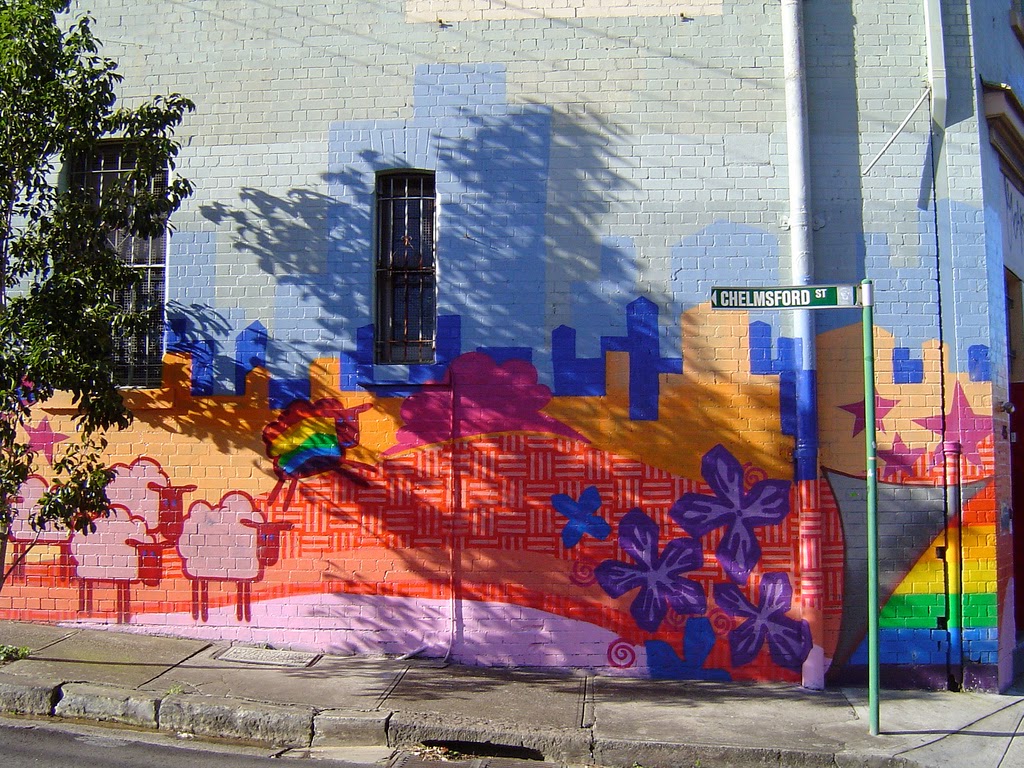 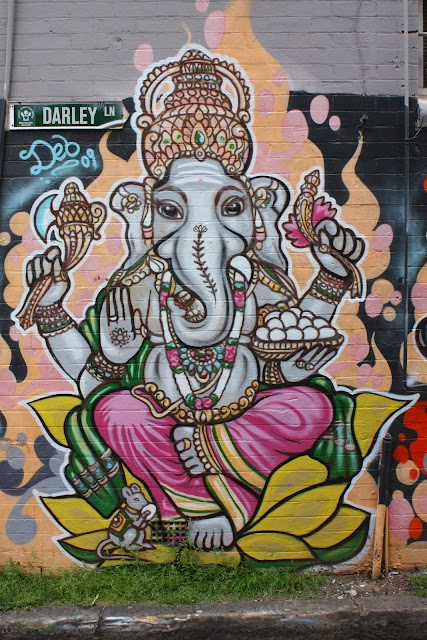 A Short History of the Streets of Newtown - literally what it says.

This post is linked up at Create with Joy
Posted by Lesley at 18:24 5 comments:

Email ThisBlogThis!Share to TwitterShare to FacebookShare to Pinterest
Labels: Sydney 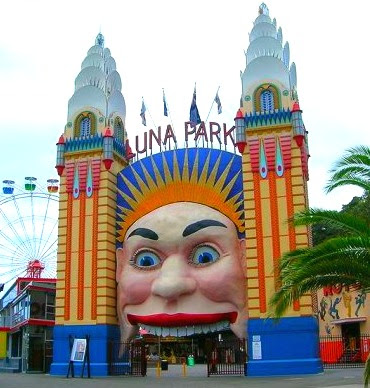 
Luna Park is a Sydney icon, especially this entrance which was designed by the Sydney artist Martin Sharp and can be seen from across the harbour at the Opera House.

Luna Park is a name shared by dozens of currently operating and defunct amusement parks that have opened on every continent except Antarctica since 1903. The first one to use the name was in Coney Island, New York.
This one, pictured, in Sydney opened in 1935 and is still running today even though at one stage it was closed due to protests of local residents at Milsons Point.

Martin Sharp was instrumental in forming the Friends of Luna Park to lobby the State Government and remind all Sydneysiders of what they would lose if the park was lost. 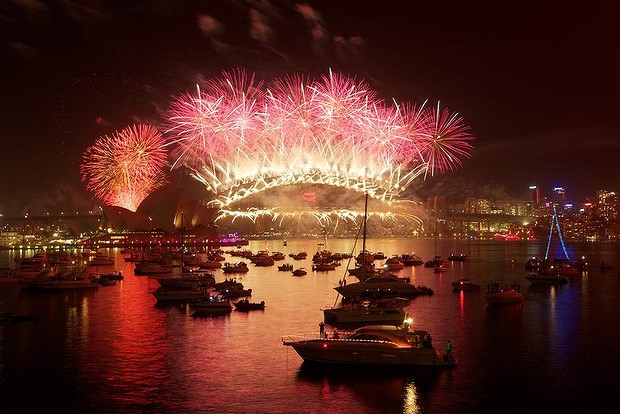 The colours reflected on the water were amazing - both eerie and exciting. The mood was electric.
I am never very impressed with the choice of music that is played along with the fireworks display but the fireworks themselves cannot be faulted.
Bring on a fresh year.
Bring on 2014.
Posted by Lesley at 15:17 2 comments:

Email ThisBlogThis!Share to TwitterShare to FacebookShare to Pinterest
Labels: Sydney

Improving lighting, strengthening the pedestrian experience and embracing the distinguishing features of the Sydney Chinatown lanes and streets. That was the brief from the City of Sydney to ASPECT Studios when they were engaged in 2009 as lead consultant for stage one of the Chinatown upgrades. The focus was on Little Hay Street, Factory Street and Kimber Lane.
ASPECT Studios worked closely with artist Jason Wing to integrate his public art installation, ‘Between Two Worlds’ within the revitalised public area. The brightly coloured work includes painted cloud motifs on the walls and ground, granite etching and a series of site specific lighting elements which refer both to the site’s history and current community. The laneway now looks so interesting with it's purple light and orange glow.  Does it make you want to see it for yourself?

Linked up at Oh My Heartsie Girls
Posted by Lesley at 19:24 2 comments:

I do sometimes write poetry

The point of starting this blog was to show some of my poetry and photographs. If you came here recently you wouldn't know I wrote a poem in my life. I have been having a dry spell lately. Not sure why.
So if you are at all interested in reading something I have written about Sydney where I live please look at these -
Rain
Unfinished poem
The Collective Consciousness
Citified
SHINE ON
and I would greatly appreciate any constructive criticism
Posted by Lesley at 20:06 2 comments:

I have lived here for some time on this beautiful river but was shocked and saddened to find the area has many endangered and threatened animals and plants.
The river was important to the Aboriginal people who lived in the area as it provided both food and transport.

From the book: The People's Otherworld  by Les Murray

Theres that other great arch eastwood, with it's hanging highways;
the headlands and horizons of packed suburb, white amongst bisque-fired, odd smokes rising;
theres Warrang the flooded valley that it is now the ship chained harbour...

Read full poem at Australian Poetry Library
Posted by Lesley at 22:07 No comments:

ruled by poetry for tens of thousands of years

"The continent on which I live was ruled by poetry for tens of thousands of years, and I mean it was ruled openly and overtly by poetry. Only since European settlement in 1788 has it been substantially ruled by prose. The sacred law which still governs the lives of traditional Aborigines is carried by a vast map of song-poetry attached to innumerable mythic sites. Each group ‘sings’ the tract of country it occupies, just as each initiated person sings the ceremonial songs of the holy places for which he or she is responsible within that territory. A person may unselfconsciously say ‘That mountain is my mother: it is her ancestor and mine; it is the body of our ancestor, and the story we sing and enact there is her body. We are her body, too, and the songs are her body, and the ceremonies are her body. That is the Aboriginal Law.’ "

Read more of this amazing A Defense of Poetry a lecture given by Les Murray. 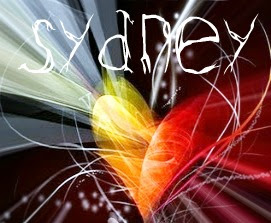 Poems and photographs on this site are mostly original works of L.T. 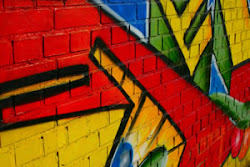 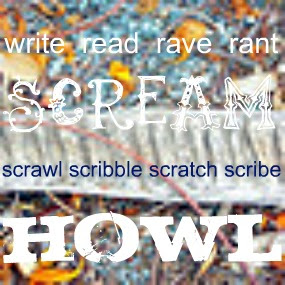 Getting IT out THERE (poetry)

Put some poetry in an unexpected place
Watch -Dead Poet's Society, HOWL and Big Bad Love
Write a poem on the back of a business card
Donate a book of poems to a library
Attend a poetry reading
Put a poem in your child's lunchbox
Tweet a poem right now

Read over 42,000 poems, representing the work of more than 170 Australian poets. 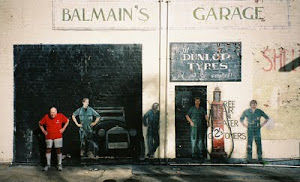 Over 2,400 unusual photos as Alan, 94, walked every street in 287 suburbs of Sydney, Australia 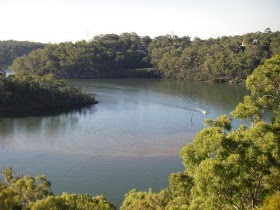 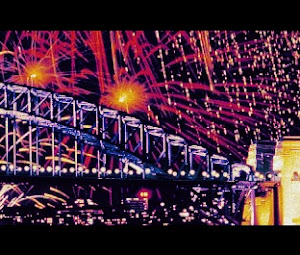 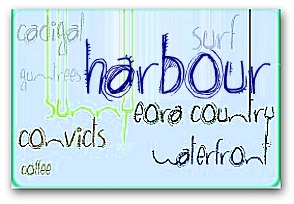 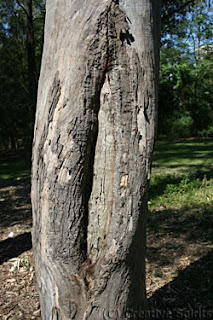 bark removed by indigenous Australians for the creation of canoes, shelters and containers, such as coolamons.

OTHER PLACES I HANG OUT 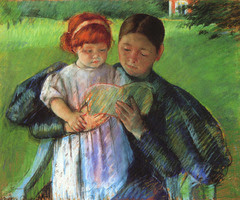 we are in
AustralianPlanet
NSW Sydney Area